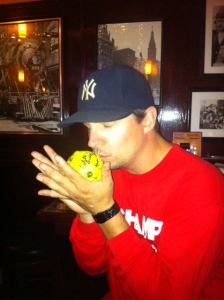 Byrrd has been a Lakeviewian for nearly 15 years, having escaped the countrified confines of a conventional cow town in rural Illinois. Following a string of (in hindsight) comedic setbacks, including awful apartments and worse roommates, shitty jobs and mentally ill girlfriends, he found a home within walking distance of both Wrigley Field and the Music Box Theater.

A couple years later at a softball game, he pulled his groin running to first base. A girl gave him a beer to numb the pain. Before he could thank her, she’d introduced herself via belch and his friendship with Katie was born.

In addition to being gainfully employed in some sales capacity like the rest of America, Byrrd also serves as the Managing Editor of the website Whereiflush.com, a blog that documents each new bathroom—or tree or bush or alley—that he has the pleasure to micturate in. 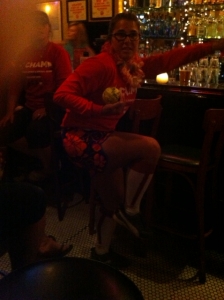 Katie is cooler than Byrrd.